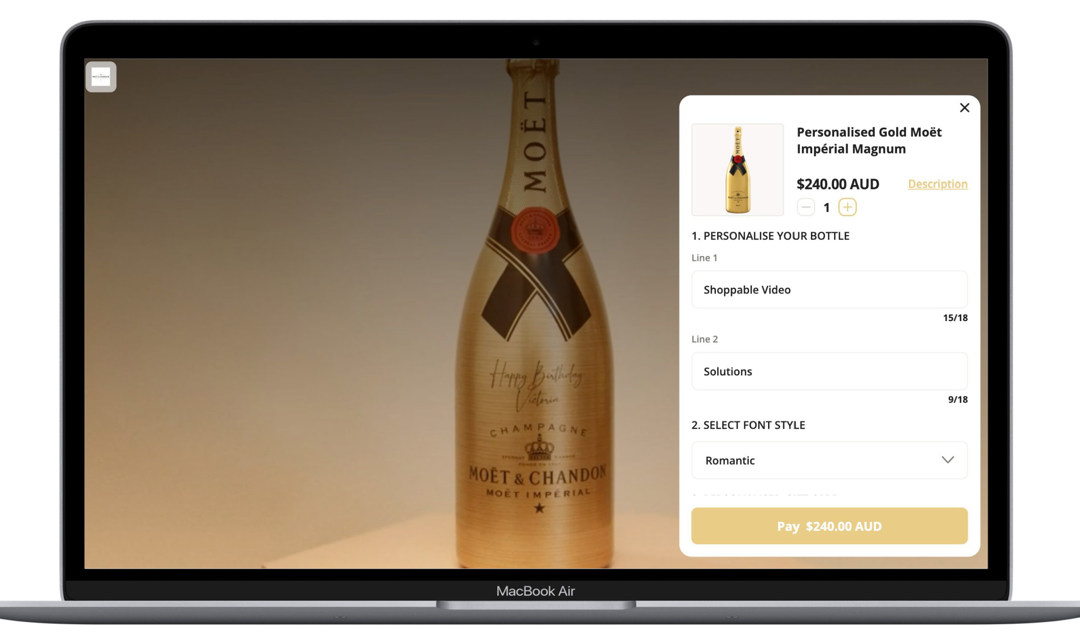 As Google, Woolworths-owned Cartology and Shopify prepare for an advanced grocery e-commerce trial on YouTube, News Corp has cracked a shoppable video advertising and content format which lets users complete a purchase without leaving the content they are in. Uncharacteristically, the media giant will share the new tech with rival publishers and ad agency groups and will also let the shoppable video unit, which plugs into major e-commerce platforms including Shopify, Salesforce and Adobe, trade in programmatic advertising exchanges. Moet & Chandon is an early launch partner and up to 30 advertisers could be trialing the new format by year’s end. News Corp expects the initiative to help drive a 50 per cent increase in affiliate revenues, where it clips the ticket on transactions, each year to 2026. Conversion rates in trials are upwards of 25 per cent.

"We've got to develop a different set of skills and capabilities

What you need to know:

News Corp has threatened for much of this year to re-engineer itself into a “full funnel” cash machine for advertisers by triggering consumer awareness, interest and intent via brand advertising at the top of the sales funnel and convert those same people to a purchase at the bottom – virtual marketing professor Mark Ritson calls it TOFU (top of funnel) and BOFU (bottom of funnel).

The publisher signalled its intent to tap the bustling e-comm sector – the pointy end of bottom funnel strategies via transactions - earlier this year at its D-Coded event, and is now officially in market with a piece of tech that allows a user to purchase a product featured in a video without leaving the content and being taken to a company’s e-comm site.

The shoppable video unit (trial it below) allows brands using any e-commerce platform to decouple the transaction from their website and complete a sale inside the advertising or content unit before the user continues with the content. The shoppable video can be used by publishers, brand-owned media and e-comm sites, mobile ad networks and social media.

Google, Cartology and Shopify are understood to be working on their own e-commerce plan for users to shop groceries on YouTube but News Corp, unusually, is opening its new tech to the entire market and is expected to see mobile shoppable ad units traded on programmatic ad exchanges.

For News Corp, it can sell ad space on its network, clip the ticket on a percentage of the transaction value from sales generated across News Corp’s audience network and, for other publishers, will take a license fee for the use of the format. What the appetite from other publishers will be for the News Corp-backed tech, developed by an Australian firm Vudoo, is yet unknown - but News Corp Australia is one of the earliest globally, possibly the first, to crack the code on facilitating completed transactions within content.

Like most publishers, News Corp is attempting to reduce its reliance on traditional advertising and diversify revenues.

“Bringing high intent audiences from noticing a product or brand to wanting it is one thing but moving them from want to buy is really different and interestingly. When we think about those skills and capabilities today, we don't have many of them. More and more we'll bring people sideways into our organisation rather than through a front door and then move them. We've got to develop all those kinds of skills.”

News Corp in May said it had reached 16 million user IDs across the group with a series of data alliances in its customer data platform that combined, Foxtel, REA, Binge, Kay and News Corp masthead audiences.

“Consumers will be able to personalise their very own bottle of Moet & Chandon, make a purchase and then have it delivered to their door for that special occasion and they can do it right from the video," he said.

News Corp has also built an attribution dashboard for brands which can track e-comm transactions but also sales uplift in-store directly from those audiences exposed to the ads using geo-location, credit card and loyalty program data.

News Corp’s General Manager of Video, Paul Blackburn, said vertical video and the ability for the new shoppable unit to pull directly from a retailer or brand’s online catalogue using AI to match products with audiences was a “milestone” development.

Purchase conversion rates for the shoppable video trials so far are understood to be 25 to 30 per cent – up to 10 times that of industry benchmarks.